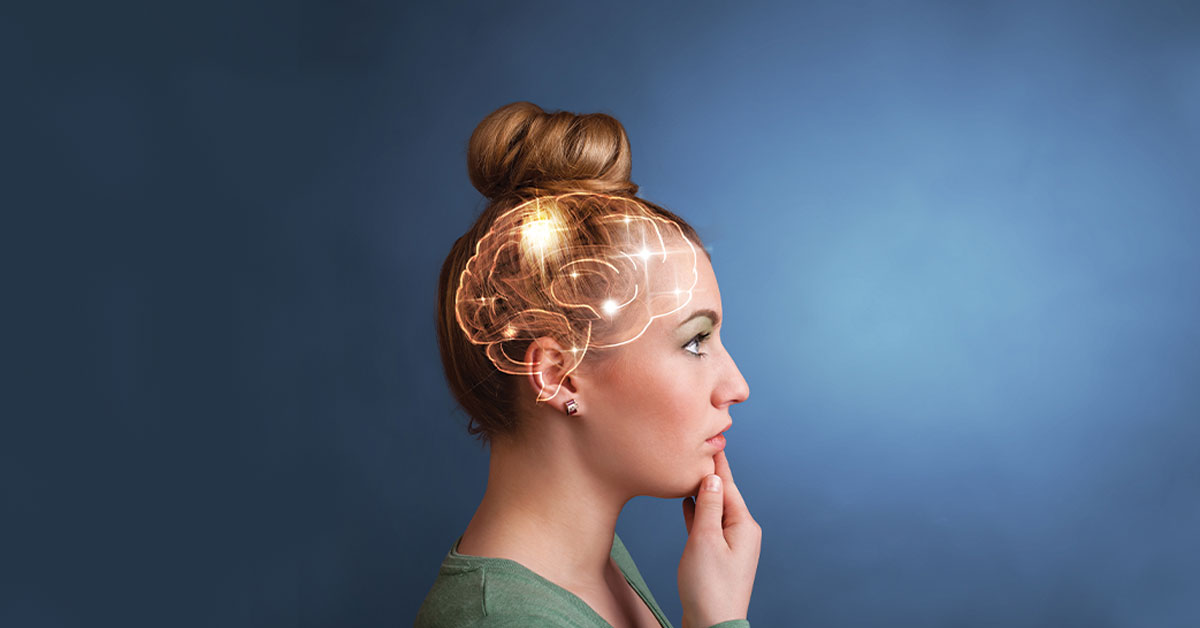 People with hyperphantasia have a heightened ability to visualize images. It affects about 2.5% of the population. Hyperphantasia can enhance creative thinking and art. It also helps people come up with new ideas and solutions. But, an overactive imagination can come with its drawbacks. Learn more about hyperphantasia and how an ultra-realistic imagination affects thinking and memory.

Can you visualize your breakfast?

In 1880, English psychologist Francis Galton led a mental imagery experiment asking participants to do just that. He wanted to explore peoples’ ability to form mental images. During his research, he realized that not everyone can visualize the same way.

Galton wrote about his findings in his Statistics of Mental Imagery. Galton asked the group of participants to close their eyes and imagine their breakfast table from that morning. Each person described what they saw in their “mind’s eye” based on color, brightness, and definition of the objects in the scene.

Some could see their breakfast table as clearly as in the actual scene. Others could only visualize certain objects. And, to his astonishment, a portion of the participants couldn’t imagine their breakfast at all. In fact, they had no notion of the ability to form mental images.

Today, we call limited or no ability to visualize images aphantasia. Professor Adam Zeman, Professor of Cognitive and Behavioural Neurology, first coined the phrase. Dr. Zeman has explored aphantasia and its effect on memory. He believes about 2% of the population has the condition, which affects people to varying degrees.

Some people are born with aphantasia while others develop it due to trauma or illness. Learn more about congenital aphantasia and those born without visual imagination.

Hyperphantasia falls on the other end of the spectrum. Someone with hyperphantasia has an ultra-vivid, photorealistic imagination. They can vividly see images in their minds and have an almost photogenic memory.

Although closely related, hyperphantasia differs from eidetic memory, what’s commonly called a photographic memory. People with an eidetic memory can recall an image from memory with high accuracy for a brief period after seeing it only once. It helps people memorize and retrieve an image only for a short amount of time.

People with hyperphantasia see mental images in extreme detail, including past experiences that happened a long time ago. They can visualize text when reading. They may even experience a 360-degree memory and view objects from different directions!

Hyperphantasia can enhance creative activities. People with hyperphantasia tend to excel in creative roles, such as in art, design, and entertainment, as well as sports.

Hyperphantasia can also help people come up with new ideas and solutions. Many successful scientists, philosophers, inventors, and engineers have vivid imaginations.

Interestingly, hyperphantasia seems to correlate with higher levels of openness according to the Big Five personality traits. People with this characteristic tend to embrace new ideas and experiences. They share an inquisitive nature and curiosity to learn. Their openness also helps with creativity and thinking outside of the box.

Hyperphantasia in the Brain

Physiological factors that may cause hyperphantasia include:

Hyperphantasia Test: Where Do You Fall on The Spectrum?

You can find out where you fall on the mental imagery spectrum by taking a hyperphantasia quiz called the Vividness of Visual Imagery Questionnaire (VVIQ). The test scores your visualization abilities on a 5-point scale. It takes five to ten minutes to complete and walks you through a series of exercises to rank the vividness of each item.

About 2.5% of the population score a one, which represents those with hyperphantasia—a very powerful mind’s eye. Meanwhile, a score of five shows signs of aphantasia and the inability to visualize. Most people score between 2 and 2.5.

How did you score? If you fall on a higher or lower spectrum of the visual imagery test, it may help to speak with a professional. A mental health expert or neurologist can help guide you on what to do if you have hyperphantasia to improve your quality of life.